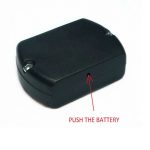 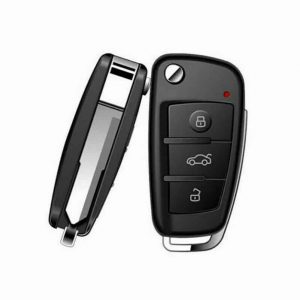 This advanced bugging device is unique in many ways. programmable to start and stop or simply record on sound activation. The device defies most logical reasoning. Able to stand by for up to a colossal 10 years programmable.

Add to wishlist
Ask a question !
Request a call back

The Professional bugging device is a unique voice activated bug that is encrypted, for the ultimate in audio surveillance. As a professional surveillance device, it’s tiny and hard to detect with a standard bug detector. The bug does not transmit unlike many voice GSM bugs, this professional bugging device works in active VOX mode, voice activated. It is set up for just about any application and can sleep for up to 10 years!

VOX (voice activation mode) in this mode the bug will record any sound it picks up with an adjustable microphone. It delivers super sensitive performance and is also programmable and has a Knowles microphone. Vox mode will ensure you only save voice audio with out silent periods of interruption, better for playback and review.

Programmable with encrypted playback, and able to encrypt its recorded audio on the fly, so only you can listen to the captured sound during playback. To playback recordings you use a custom-designed interface program included with the set, this software will run on most computers from Windows 7 up.

The professional bugging device has superiors standby time, standby time almost defies logic and physics. The device offers the user pre-program wake up at specific intervals. voice activation at specific dates and times allows the bug to be very flexible and stealth’s. The device has a Knowles microphone, so it picks up all the audio in the surrounding area. The software interface is simple and self-explanatory, for example, you click boxes for what you want to activate and then save.

In VOX mode the device will stand by with voice activation for up to 17 days, and you can even adjust the clarity of the microphone and pick up the range. This device is for serious users who understand the difference between cheap spy electronics and, state of the art surveillance products. This device should not be confused with similar low-grade imports.

As a professional bug it offers security to the user, moreover the captured audio is encrypted in the device, so only the user can play back the data, The interface is password protected, so if the bug is discovered and plumed into a computer, the audio can not be played with out a password.