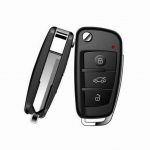 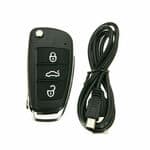 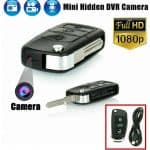 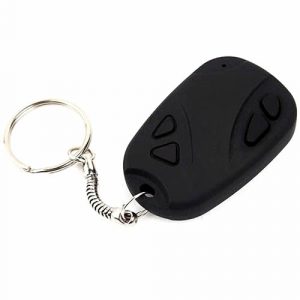 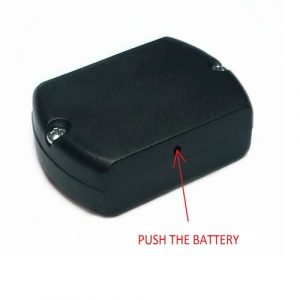 The spy camera is hidden at the end of the device, so it is hard to spot. The spy device records video and audio and has an adjustable sound activation trigger. Once the sound is picked up it will immediately switch to recording mode. The covert car key has automatic night vision for recording in any environment.

Rated 5.00 out of 5 based on 1 customer rating
(1 customer review)
Add to wishlist
Compare
Ask a question !
Request a call back

How about a covert car key spy camera, hidden on a bunch of keys, secretly record video and audio for evidence day or night. If you need to capture covert video, then this spy camera is perfect for the task.

Very inconspicuous and hard to spot, so it does not look out of place on a keyring. The device is very realistic and should fool anyone, as it looks just like a regular car key fob. The car key is operational and will flick open to mimic a typical wireless car key.

The spy camera lens films is situated in the top of the car key casing, and there is a separate spy microphone in the side of the car key for recording audio. The new higher capacity battery Extended’s the recording time with up to 2 hours.

Play back is easily achieved by plugging the unit directly into a standard computer USB port, you can then watch the saved video and audio on the computer. The car key camera connects with PC / Laptops, no special drivers needed. Automatic operating system recognition will load the video, so it plays on most computer media programs.

The spy key attaches to your key ring, you put your keys on the table and you are actively filming. There are many ways to use the car key camera, automatic night vision mode and sound recording triggering, ensures you capture footage at the right time.